Why poor sleep could derail your weight loss goals 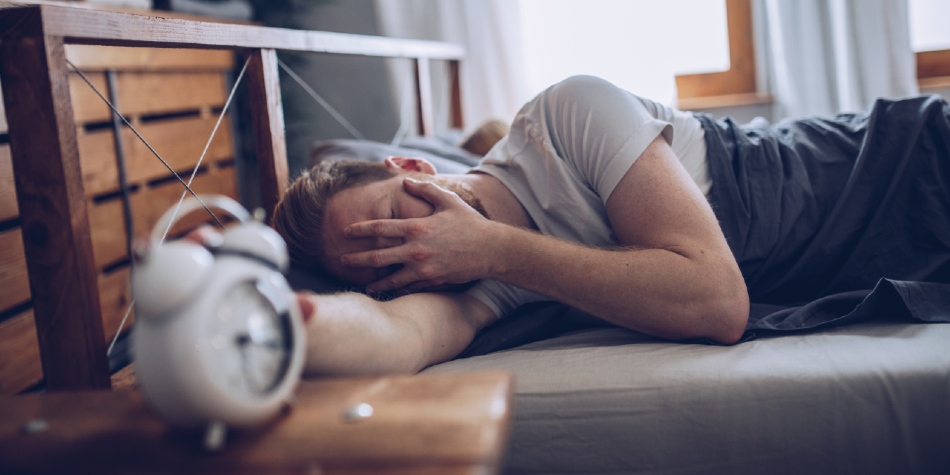 Adults are supposed to get between seven and nine hours of quality sleep each night, but the number of people getting by on six hours—or fewer—is on the rise. With so many of us short-changing our sleep, it may not seem surprising that the number of Americans who rely on a daily jolt of coffee is also climbing. In fact, 63% of U.S. adults reported a daily java fix in 2019, according to a survey commissioned by the National Coffee Association USA (NCA).

If your days are hectic and you’re short on time, you might think sacrificing a few hours of shut-eye isn’t a big deal. After all, you can offset your resulting mental grogginess with a dose of caffeine.

But poor sleep affects more than your alertness and energy level. It also affects your metabolism and may contribute to weight gain as well as obesity-related conditions, such as type 2 diabetes, according to Ismary De Castro, MD, an endocrinologist affiliated with Memorial Health University Medical Center in Savannah, Georgia.

“Sleep is very important for general health and metabolism because we have changes in our hormones that are influenced by how well and how long we sleep,” explains Dr. De Castro. “Sleep is a time for healing and communication within the brain that the body needs in order to maintain metabolic health. We're in a ‘go, go, go’ type of society with more and more expectations to be met and a lot of times, we forget about the importance of sleep.”

Inadequate sleep has been linked to overeating and trouble losing excess weight. Adults who sleep less than seven hours per night are more likely to report being obese than those who sleep seven or more hours, according to the Centers for Disease Control and Prevention.

You might assume this association is simply due to the fact that people who stay up late or don’t have a well-established sleep-wake routine are just too tired to be active or to work out. But the sleep-metabolism connection is more complicated than that.

Your circadian rhythms, or “body clock,” govern many biological systems, including appetite and metabolism. These internal clockworks are established mainly by genetics, but external factors, such as exercise, light exposure, meal times and sleep deprivation, can influence them.

In short, going to bed at different times and getting irregular amounts of sleep can have metabolic consequences. A May 2019 study involving 2,003 men and women between the ages of 45 and 84 years old found that inconsistent sleeping patterns are linked to a higher risk for obesity, high cholesterol, high blood pressure, high blood sugar and other metabolic problems. The findings, published in Diabetes Care, suggest that for every hour that bedtimes and sleep durations shift, people’s odds for a metabolic disorder may increase by up to 27%.

So, how does inconsistent, poor-quality sleep affect your metabolic health? Research suggests that sleep loss affects hormone levels tied to hunger, satiety, stress and even insulin sensitivity. The more sleep deprived you are, the more profound these effects, De Castro points out.

Normally, higher ghrelin levels are associated with exercise and calorie restriction, while excess weight is linked with lower levels of this hormone. But when related to sleep deprivation, these changes can trigger cravings for calorie-dense, carbohydrate-rich foods, which can lead to weight gain, De Castro adds.

People who are sleep deprived and have changes in their cortisol levels also tend to use another hormone, called Glucagon-like peptide-1 (GLP-1), ineffectively, De Castro points out. Since GLP-1 also promotes satiety and helps control appetite, this disruption can lead to higher caloric intake or overeating in order to feel full, she explains.

Moreover, if you’re routinely skimping on sleep, your levels of human growth hormone (HGH) may drop. In addition to your sleeping habits, the secretion of HGH is influenced by your age, gender, diet, level of physical activity and weight. It works in combination with another hormone, known as Insulin-like Growth Factor-1, to build muscle and burn body fat. Low levels of growth hormone are typically associated with obesity.

“There are so many different things going on at the same time, and these changes can be slightly different from one person to the next,” De Castro says. She notes that your genetics, family history and lifestyle will also dictate how your sleeping habits affect your metabolism and your ability to maintain a healthy weight.

Aside from adopting good sleep hygiene habits that help ensure you get consistent, quality shut-eye, exercising regularly is one of the best ways to improve your sleep and protect your metabolic health, according to De Castro.

“I can't emphasize exercise enough,” she says. “There are so many endorphins and hormones released during physical activity that help improve your mood and so many other aspects of your health.” Over time, regular exercise promotes better sleep. “Your body will want to go to sleep,” De Castro says. “And with better sleep, you’re more likely to achieve those stages of sleep that are so important to helping you maintain appropriate metabolism.”

The depression and heart disease link

Sleep, hormones and your weight

February 21, 2020 by Kennedy Gandy, LCSW, Behavioral Health Specialist, St. Mark’s Weight Treatment Center
One of the most effective ways to manage our weight in a healthy way, without having to obsess over counting calories or macronutrients, has ...
Next Post