What I wish my husband knew about losing baby weight 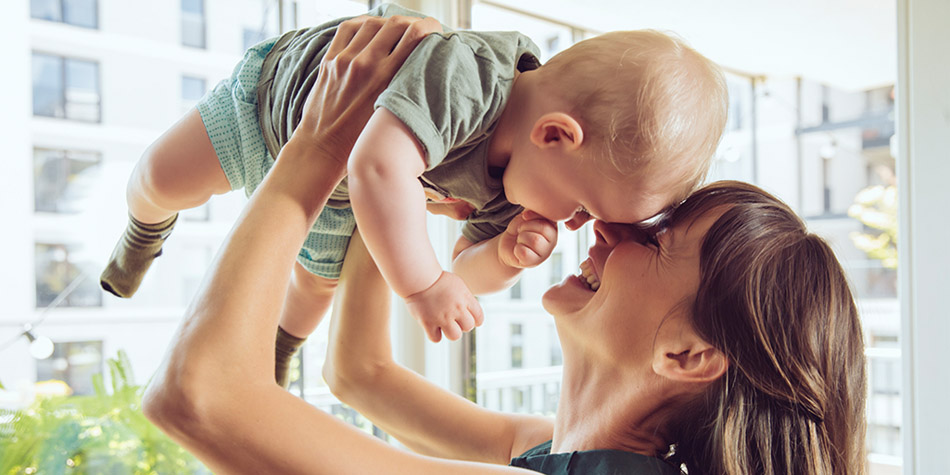 There are thousands of articles and headlines littered over the internet about losing baby weight quickly and bouncing back like nothing ever happened. It's important to keep in mind, though, that a woman grows a baby over the course of nine months before giving birth –– this is a process she can't bounce back from overnight.

But not all hope is lost –– the U.S. National Library of Medicine says most women will lose half of their baby weight after six weeks, and the rest will slowly come off over the course of a year. Even though it can be frustrating not to "bounce back" as quickly as hoped, there are a few things to know about losing baby weight and how to help the process along. Here's what you need to know about baby weight and some realistic expectations for losing it.

Giving birth doesn’t get rid of all the weight

While giving birth literally sheds the weight of the baby, it certainly won't eliminate the other tens of pounds a woman might gain during the course of the pregnancy.

The Bump gives a breakdown of how much (on average) everything birth-related weighs:

All of this increased weight for the purpose of making a baby doesn't disappear overnight.

Unlike airbrushed and photoshopped images of celebrities in magazines, most women won't look like a model two weeks after giving birth. But your wife might experience an increased desire to start feeling like herself again, even if her body isn't ready for those activities she used to do.

After the laborious event of giving birth, it's important to follow doctor's orders for exercise and diet restrictions. Certified Nurse Midwife, Kim Stuck, CNM at Lone Peak OBGYN says, "Women should continue eating healthy while breastfeeding even though they need more calories during this time. If not breastfeeding, it is reasonable to start 'dieting' or decreasing caloric intake right away."

As for exercise and a timeline after giving birth, it largely depends on individual circumstances. Generally speaking, a woman needs some time to recoup. "Some women lose weight while breastfeeding and others will hang on to a little. Either way, your body needs a couple of months to recover after childbirth and it is reasonable to wait to lose weight until after that," says Stuck.

A study in Sleep journal found that people who consistently get less sleep tend to overeat the next day. Unfortunately for new moms (and dads) sleep is extremely difficult to come by. While not the sole reason for moms struggling to lose baby weight, sleep can definitely factor in.

Like previously mentioned, each new mom should wait a while to get back to a workout routine. "Most times we recommend waiting a full six weeks for exercising, however getting up and walking around is a good idea right after delivery," Stuck says. While lifting weights and starting sit-ups aren't good ideas right after giving birth, it is encouraged to get some light activity in.

"I tell my patients to tailor their activity level to their bleeding, sometimes if a patient does too much, their bleeding will increase," Stuck recommends.

The American College of Obstetricians and Gynecologists recommend starting with walking or an exercise class. Once new moms are comfortable with that, they can move on to more intense exercises.

In the meantime, there are other ways postpartum women can take control of their health and set up good habits for weight loss. The U.S. National Library of Medicine says women should eat 5-6 small meals a day, include lots of fibrous foods in their diet, and to drink lots of water. Skipping meals strongly discouraged.

How husbands can help

Although weight might be the last thing a woman wants to discuss with her partner, there are ways husbands can support their wives through the postpartum journey. It's important for boyfriends, husbands and partners to know about the nature of pregnancy weight gain.

"Women vary with weight gain during pregnancy, and it is normal to gain some weight in places other than the belly. Some women will swell and gain a lot of water weight in their lower extremities," says Stuck.

It's also important to recognize that comments about weight — even with the best of intentions — are not helpful. An American Psychological Association study found that comments on weight-related behaviors — both positive or negative — had a poor impact on emotional well-being. These comments also had little to no effect on the partner's health habits.

Take the focus off of appearance a shift it to the things that matter. Instead of worrying about weight and food, enjoy the time you have with your new bundle. For postpartum advice and health concerns, make an appointment with a qualified medical professional at MountainStar.com.

Do you need to see an electrophysiologist?

February 10, 2020
Electrophysiologists are cardiologists who focus on heart rhythm disturbances. Know when you may need to see one—and how to get this specialized...
Previous Post

What I wish my husband knew about PAP tests

February 3, 2020
While your husband may know that you get a PAP test every couple of years, does he know why they are important? Does he know what a PAP test...
Next Post