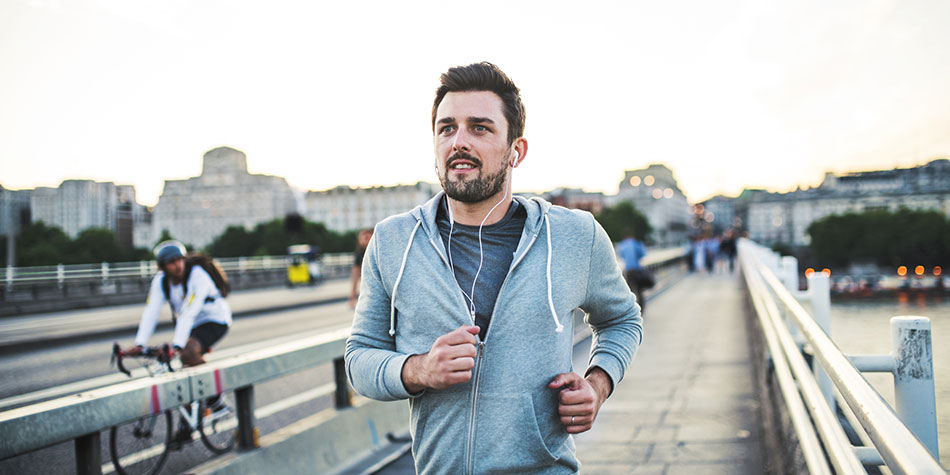 We all like to be armchair experts, whether about military history or movie trivia. But how much do you know about men’s health? We’re going to put your knowledge to the test—literally! Check “true” or “false” for these questions:

1. True or False: Drinking beer can give you a beer belly.
TRUE. Sorry beer lovers, but drinking a lot of beer can cause weight gain, and men are more likely to store excess fat around their waistlines. One reason beer in particular is linked to bulging bellies is because it’s high in carbs and calories. Gram for gram, beer can contain as many calories as soft drinks.

2. True or False: Men hit their sexual peak around age 18.
FALSE. Though men's testosterone levels are highest in their late teens, there’s no defined age when men “peak” sexually. In both men and women, normal sex drive or libido varies widely and can be affected by many factors. Testosterone does affect libido, but it’s not the sole factor.

3. True or False: Eating more protein helps you build muscle.
FALSE. To build and retain muscle mass, you need to do strength training, says the Center for Science in the Public Interest (CSPI). Eating extra protein is also unlikely to improve workout results, CSPI experts report. Still, it’s true that a very low-protein diet can lead to muscle loss. Aim to get about 10 to 35 percent of your daily calories from protein, the Academy of Nutrition and Dietetics recommends. Eating more than that could do more harm than good.

4. True or False: Diabetes can lead to erectile dysfunction (ED).
TRUE. Over time, diabetes can damage nerves and blood vessels that control erection. Men with diabetes tend to experience ED 10 to 15 years earlier than those without the disease. Controlling diabetes through weight loss, exercise and drug therapy can prevent ED or slow its progression.

5. True or False: Feeling fatigued and lacking energy is just part of growing older.
FALSE. Slowing down is common with age, but if you always feel tired and lack energy, your body is letting you know something’s off-kilter. Fatigue can be caused by numerous health issues like sleep apnea, heart disease, low testosterone or anemia. Some medications can also trigger fatigue. If you are feeling overly exhausted, give your doctor a call.

6. True or False: Men may experience depression differently than women.
TRUE. Difficulty concentrating, lack of motivation, changes in sleeping habits, loss of appetite and feelings of hopelessness are typical signs of depression in both sexes. However, men with depression are more likely to cope with their feelings by abusing alcohol or other substances. Anger and irritability are also common symptoms of depression in men, according to the National Institute for Mental Health. Guys tend to have more physical symptoms, too, including headaches, digestive problems and waves of achiness or pain.

7. True or False: Prostate cancer is the deadliest cancer in men.
False: Lung cancer is the leading cause of cancer deaths among men, followed by prostate cancer. One in 9 men will be diagnosed with prostate cancer during their lifetime, and 1 in 41 men die from it, according to the American Cancer Society. However, heart disease kills more men than all types of cancer combined.

8. True or False: Men are more likely to die from suicide than women.
TRUE. Though a grim statistic, men’s suicide deaths are more than three times higher than women’s, according to the American Foundation for Suicide Prevention Death by suicide is highest among middle-age white men, and the rates are rising. If you or someone you know is at risk of suicide, call the National Suicide Prevention Lifeline at 800-273-8255.

Now grade yourself!
If you answered seven or more questions correctly, you’re an expert. Kudos!
If you got four to six correct, you’re on your way!
If you got four or less correct, we hope we busted some myths for you!