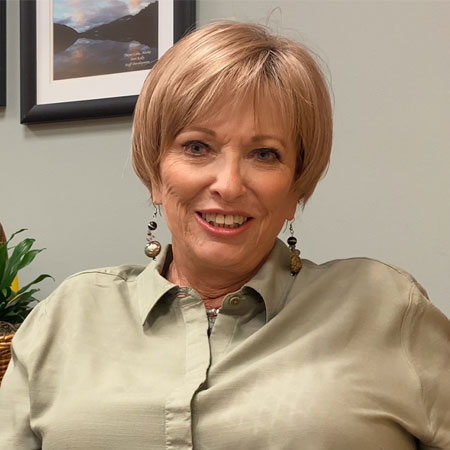 SannDee Stowell is a vibrant 72-year old Ogden-ite who enjoys her work as a mortgage lender.

She has always considered herself in pretty good overall health. But a few years ago her routine yearly mammogram showed something suspicious. An ultrasound came next and her physician recommended a biopsy after that test. The biopsy confirmed that the suspicious growth was pre-cancerous breast tumor.

SannDee was considering her options for surgery to remove the tumor when her husband, Kent, mentioned remembering hearing something about a “freezing treatment” to eliminate tumors like his she had.

SannDee asked a physician at Ogden Regional Medical Center about that option.

Luckily, she was asking an expert in that field. Dr. Jose Perez Tamayo has been performing Cryoablation (the “freezing treatment”) for years now.

This innovative alternative to treating early stage breast cancer provides numerous benefits. The procedure is performed under local anesthesia in about 30 minutes or less. It does not involve tissue removal, which maintains the breast’s shape and results in minimal visible scarring – if any. Most patients report minimal discomfort and are able to resume normal activity right away.

Dr. Tamayo considered SannDee’s case as “the perfect situation for this type of treatment.”

At first, SannDee wondered about having cryoablation. Would it be effective? Was it the best course to pursue? Would it be painful? She ultimately decided to go forward with the treatment.

“I had such a great deal of faith in Dr. Tamayo. It seemed liked the logical thing to do,” SannDee said “I mean, who wants to be cut into? The idea of something less invasive seemed really appealing. I was on board. My expectations were set by Dr. Tamayo. He told me exactly what was going to happen.”

SannDee’s husband was there for the procedure and he and SannDee watched everything that happened.

“Dr. Tamayo was very enthusiastic and so excited,” SannDee said “He would say ‘Watch this! It’s really cool, you’ll want to watch it.’ We saw the probe go into the nodule and zap it, twice.”

Afterwards she had no pain. “All we did was put a Band-Aid on it - seriously just a Band-Aid!” SannDee said. “They also gave me a bag of ice, but I didn’t need it. I didn’t have even a little bit of pain – it didn’t even ache.”

Since the procedure she has had regular mammograms, right on schedule, and is not seeing any more growth or new tumors.

“I’m thankful that this type of treatment is available,” said SannDee, “It really was easy and it did the trick!”

The wonderful gift of “just a little more time”

September 28, 2020
Ask any parent who has ever suffered the loss of a child at birth, "What is the one thing you wished you had, to help with grieving the loss ...
Previous Post

It's been touted as a daily activity goal for most adults, but should you really be hitting 10,000 steps a day for better health?...