Need a quick nap? Make sure you're doing it right 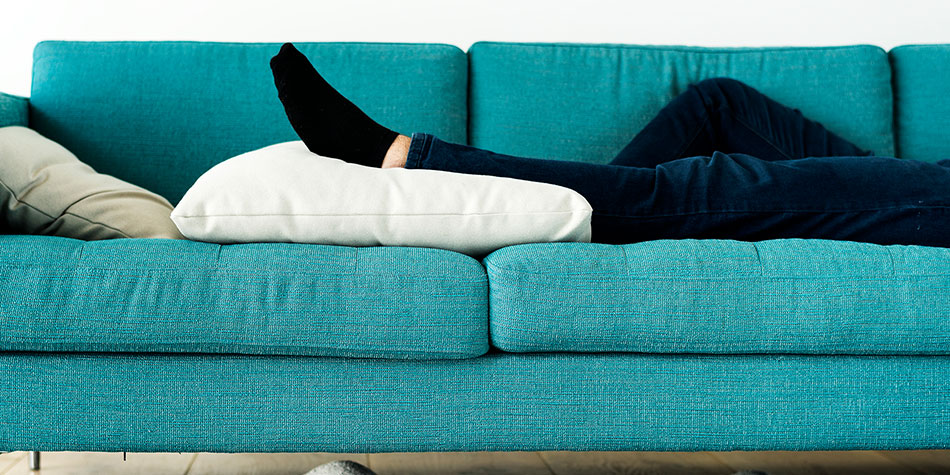 When you hear “naptime,” do you picture preschoolers snoozing on mats? If so, think again. On a typical day, one-third of American adults nap, according to the Pew Research Center. And depending on your lifestyle and health profile, napping may be a valuable addition to your daily sleep-wake regimen.

If you currently nap on the regular — or would like to join the ranks of nappers — there are some important things to bear in mind to make sure you’re napping in a way that protects your nighttime slumber while giving you the benefits of short bursts of sleep.

What makes for a good nap?

Most people understand the vital role that sleep plays in health. Getting adequate, high-quality sleep supports immune function, metabolism, memory and learning, just for starters. For most adults, seven to nine hours of sleep per night is what’s recommended, but there’s no “one-size-fits-all” when it comes to napping. Generally speaking, though, an ideal nap lasts about 20 to 30 minutes.

Why? The answer has to do with the nature — and structure — of good sleep.

Your body goes through various stages of sleep when you’re snoozing. During a typical night’s sleep, these stages include N1, N2, N3 — the deepest stage of sleep — followed by rapid eye movement (REM) sleep. The trick with napping is that you want to sleep long enough to take a refreshing dip into those first stages, but not so long that you’ll plunge to the depths of the deeper stages.

If your nap lasts longer than 20 to 30 minutes, you may find it difficult to wake up, and when you do wake out of a deeper stage of sleep, you may feel groggy, confused or just generally worse than you did before you dozed off. This sluggish feeling is called sleep inertia.

Although most people tend to stay in the beginning stages of sleep if they stick to shorter naps, some people may fall into deeper stages, earlier. It depends on your age and how rested you are, with older people and better rested people generally staying in those beginning stages.

It’s entirely natural for most people who get a decent night’s sleep to feel a little drowsy in the early afternoon, owing to your body’s natural sleep-wake patterns and the dip in blood sugar that tends to occur after lunch. So if you work at home or for the kind of enlightened corporation that provides in-office napping stations, by all means go for it.

For most workers, though, finding time to nap mid-day is a tall order. As long as you’re otherwise healthy, you can typically power through the post-lunch slump by taking a brisk walk around the block or eating a nutritious snack to help you recharge.

Napping can be especially important for people with narcolepsy, a neurological disorder that interferes with the brain’s ability to control the sleep-wake cycle, causing extreme sleepiness during the day, sudden attacks of muscle weakness, hallucinations and sleep paralysis. Doctors often prescribe naps for those with narcolepsy as a way to stay alert and feel refreshed.

Other situations that warrant a nap: If you feel drowsy when driving, pulling over at a rest area for a short nap can help you feel more attentive and lower your risk of having an accident. If you’re recovering from a cold, a quick snooze could help you feel better.

The proper way to nap

How you nap — and for how long — depends on the reason for the snooze, your schedule and whether or not you have any specific health conditions. But there are some general tips that most nappers should keep in mind:

The length of your nap contributes to its effectiveness and can make or break the way you feel afterwards. For most people, 20 to 30 minutes should be sufficient. If you grab a 10 minute nap and feel great afterwards, you’ve likely found your sweet spot. If a 30 minute snooze leaves you feeling out of it, you’ve probably slept too long.

Most people tend to benefit from napping sometime between 2 and 3 p.m. That’s because your normal circadian rhythms have you feeling naturally sleepy in the middle of the afternoon. It’s also around that time that your blood sugar and energy levels take a dip following lunch. Early afternoon — but no later — is a safe time to nap since it’s unlikely to interfere with your nighttime sleep.

Heading out on the town and need a natural boost of alertness? Some folks might lean on a “disco nap” to pre-game a night out, but the downsides are fairly obvious: Taking a nap too close to your ordinary bedtime will only sap your natural ability to have a good night’s sleep when you get home.

Set yourself up for success

Just like you do at night, you’ll want to be sure you are napping in the proper sleep environment so you get the most out of your snooze. As much as possible, keep your nap room dark, set the thermostat somewhere between 60 and 67 degrees and plug in a white noise machine if you’re having trouble falling asleep due to ambient sounds.

When the need for a nap suggests something serious

Napping the day after an isolated rough night can be beneficial every once in a while, but naps shouldn’t be used as a long term solution to help you make up for chronically lost sleep. Getting regular ZZZs each night is always the best way to help your body and mind perform at optimum levels.

If you’re thinking a daily nap can help you erase an accumulated sleep debt — the difference between the amounts of sleep your body needs and the amount you’re actually receiving — think again. Just consider the math: if you’re regularly sleeping two or three hours less each night than you should, a daily 20 minute cat nap is not going to make up the difference.

It’s a big point to remember in an age where more than a third of Americans are sleep deprived — and that number is climbing, according to the Centers for Disease Control and Prevention.

Feeling like you need to nap all the time — or for hours at a time — may indicate something else going on. See your doctor if you notice an increased need for naps, especially if you feel like you’re otherwise getting a good night’s rest. Likewise, if you’re regularly having trouble sleeping at night, you should mention that to your doctor.

Is drinking coffee really good for you?

October 21, 2019
Coffee can boost mood and focus, and is linked to a lower risk of many diseases. Learn how it may affect health and get tips to optimize your...
Next Post