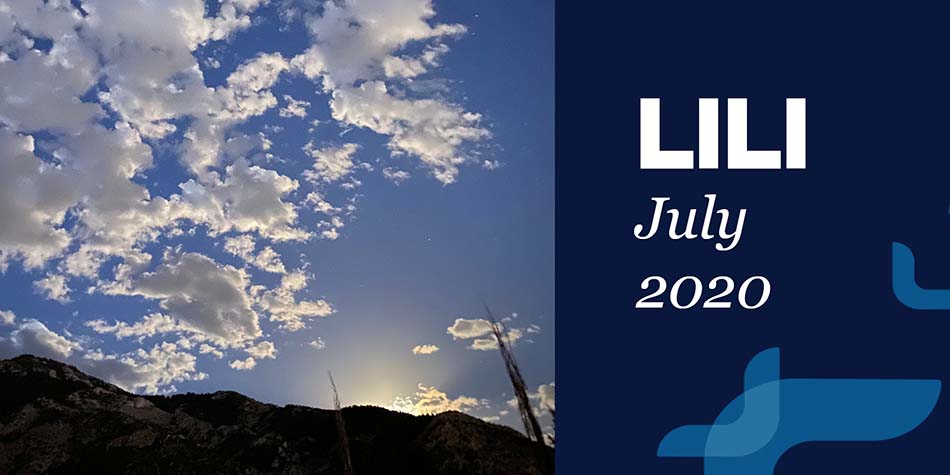 Combustible July: fireworks, brush fires, COVID and protests. So explosive. We have all been caught off guard with this year’s events. Sometimes we have to swim with the alligators to get to a better shore. Disruptions, disappointments, disorder, anger, frustration, illness and hard-learned lessons may all be needed for a sweeter reality to emerge. Let’s hope so. Happy Independence Day my friends. Stay well.

I am tired…tired of the pandemic, tired of people mistreating and misunderstanding each other, tired of people ignoring our scientists and medical professionals… just tired. Not much of a Success Story, eh? However, I have some examples of kindness which are a Success Story in my book. One of the people in the support groups was very kind to herself this week by only eating when she was hungry. She respected her body’s cues and lost 5 pounds! Another person in the support group helped a magpie that had knocked itself out when it flew into one of her windows. She wrapped it in a towel and comforted it until it regained consciousness, then placed it in a tree under the watchful eyes of the other magpies. Her kindness was repaid when a magpie left three little flowers near her screen door a week later. She watched the bird go under her patio cover and into the garage to leave three flowers at her kitchen door. The bird made several trips to deliver the flowers. Coincidence? We all thought not. No one knows the outcome of this pandemic. I urge you, my friends, to make the most of your days by being kind to others, including ourselves, because none of us know how many days we have left.

Lemon grass is a tropical, grass-like herb that is popular in Asian cooking. The stems and leaves have a lovely lemon flavor that is very popular in Thai and Vietnamese cuisine. It can be found in the fresh herb section of supermarkets and Asian markets, such as Ocean Mart in Roy. Try the recipe below to introduce yourself to lemon grass.

Occasionally when I work with outpatients, they take off like a shot, start new behaviors, lose weight, eat healthier and feel great. Then they regress and resume some of their old habits, and alas, the weight starts to come back on, along with their frustration. What is clear to me is how ambivalent they may be feeling. They really like drinking regular soda, and they aren’t so keen on exercise or finding time for breakfast. What gives? What is lurking beneath the surface, which they may not be aware of, is they have just as many reasons for NOT losing weight as they have FOR losing weight. When we get really honest, and I ask them to think of all the reasons for not losing weight, as silly as some of them may seem, it becomes very clear. The number of reasons for the pros and cons is pretty equal. One thing we all need to understand, moi included, is that if you have a goal and do things that do not walk you towards that goal, you will not get the results you want. Duh. We may whole-heartedly WANT to lose weight, but if we don’t DO the behaviors that equate with weight loss, what do we expect?? If we want to save money but can't be bothered to lower our spending, or put any into savings, voila, no money saved. Duh. Losing weight is not magical, it is based in a physical, factual world. If you want to save money, you can't spend all of it. If you want to lose weight, you have to practice healthy habits and stick to them. Double duh.

I am a fan of Eckhart Tolle. He wrote the book “The Power of Now” among others, and is a wise little spiritual gnome. One thing he said that has stuck with me, is that if we want something, hoping it will bring us happiness, it’s really not the thing we want. It is the feeling that we imagine will come with it. We will soon tire of the new car, the vacation eventually comes to an end, and our new love interest snores. Or we lose a lot of weight, but still feel unhappy and frustrated at times. Losing weight is not a cure for unhappiness. It will improve many health conditions, but don't expect it to bring unending bliss. If that were the case, every thin person would never see a therapist, get divorced or end up in prison. He purports that if we can be in the present moment, and be ok with it, not wanting it to be different, not resisting it or craving after something else, we may find that we are quite happy. If we generate this on our own, we will not go grasping after things that don’t deliver. A new rock star, whose name escapes me, thought that making a lot of money would solve all of his problems. He observed that he still got the flu, still got into disagreements with people, and the new money brought its own set of problems. So my friends, if we are looking toward the future for our happiness, or if we only had XYZ than we would be happy, I have bad news for you. It will not. Happiness is an inside job, and the present moment is the doorway to it. Trust me on this one.

Go with your gut

Probiotics have become a very popular supplement to reestablish healthy gut bacteria, especially after taking antibiotics. It is a hot area of research with a lot of controversy among scientists. Probiotics are healthy microorganisms (bacteria) that colonize our large intestine. They help us digest food in exchange for a nice home. They produce vitamins and communicate with our immune system and other organs in the body. We can consume probiotics from food, such as yogurt, kefir, kimchi, sauerkraut and sourdough bread. We can also eat foods that support their growth, which are whole plant foods. An Israeli study pitted probiotics found on supermarket shelves against a placebo. They found that none of the bacteria from a probiotic supplement actually remained in any of the test subjects' large intestine, they were all excreted! In another study they conducted, patients that had taken a probiotic supplement after antibiotic therapy found it delayed the recolonization of their microbiome. The others who took antibiotics, but no probiotic supplement afterwards, actually fared better with their microbiome recolonizing sooner. And yet another study done in intensive care patients found the bacteria from a probiotic made its way into the bloodstream and caused a blood infection. The other patients in the ICU who did not receive the supplement did not have a blood infection from that strain of bacteria. Dr. Patricia Hibbard, who has studied probiotics extensively, stated there is not enough high quality research to make any recommendations for probiotic supplements to be used for bowel conditions, such as irritable bowel syndrome. Other scientists will argue that. The Israeli researchers who conducted the placebo study did think a probiotic could be useful if it was tailored to the needs of an individual patient, not a generic multi-organism supplement.

These are not your typical salmon patties. I have seen several fresh fish cake/patty recipes from several sources, but Jamie Oliver’s version was the best, in my opinion. The recipe below is mine, although I borrowed his technique for making them. This recipe uses fresh salmon with lemon grass. The lemon grass imparts such a lovely flavor. Give them a go, but be warned, they are messy to make.

Finely mince the lemon grass, garlic and basil. For half of the salmon, cut into ¼-½ inch chunks and set aside.

With the remaining salmon, chop very fine with the herbs and garlic. Add the larger chunks and lightly season with salt and pepper. If you like, add a few shakes of red pepper flakes. Form into four round cakes/patties.

Heat a nonstick skillet over medium-high heat with a tablespoon of olive or canola oil. Add the cakes and fry until golden on both sides, roughly 4-5 minutes total. Drain on paper towels. For an extra flavor twist, smear a tiny bit of honey over the top of the fish cake before eating. Voila!

The support groups are back! Everyone will be required to wear a mask, and as long as we do that, we don’t have to sit 6 feet apart. Please join us! If you are still hesitant about coming in, email your goals to me every week and I will keep track of your progress.

If you are going through hell, keep going.

Got groin pain or swelling? Don't ignore it...

They are pretty common, but groin hernias shouldn't be ignored. Here's how to spot one, and how it should be treated to avoid dangerous...

They may not be "fresh," but frozen foods can still be healthy and lighter on your wallet. Find out what frozen foods to look for ...