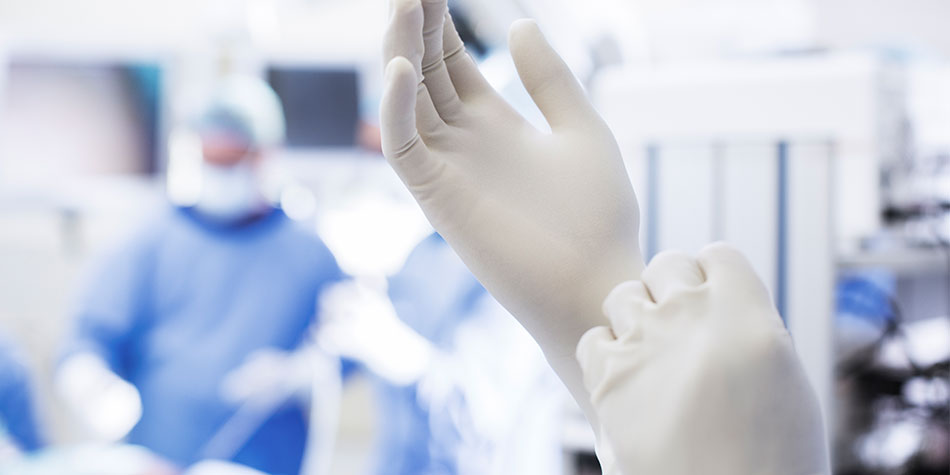 Lorna Kochi is an avid Boston Red Sox fan. It’s safe to say that she is equally enthusiastic about the care provided at Lakeview Hospital as well. One hip replacement followed by wound care and an unrelated foot surgery seven months later, Lorna is now one of the hospital’s biggest fans.

From the injured list to a winning game plan

Her experiences at Lakeview Hospital last year started in the spring. After two years of enduring severe pain in her groin, she underwent a variety of tests to determine the cause. “It hurt constantly, especially when I bent over,” explained Lorna. “I thought it had to do with a previous colon resection or maybe a hernia. My internal medicine doctor agreed that the pain might be caused by a pelvic issue and referred me to a GI specialist.”

That specialist diagnosed Lorna with hip dysplasia. “He told me that my hip socket had worn down so much, my leg bone was constantly rubbing against the hip bone,” Lorna recalled. As a result, she experienced extreme pain whenever she moved.

After a round of physical therapy failed to bring relief, Lorna was referred to Dr. Clint Wooten at Lakeview Hospital. During her first appointment with him in May, she discovered that they had something in common: Dr. Wooten is a Boston Red Sox fan too. She also learned about the robotic-assisted surgery system at Lakeview Hospital that the orthopedic surgeon uses to perform joint replacements.

“The technology’s ability to facilitate the best outcome possible appealed to me,” she said. “That’s why I chose to have the surgery at Lakeview Hospital.”

When asked to describe the robotic-assisted hip-replacement surgery, Lorna immediately replied, “It was a wonderful journey!”

From the CT scan before the surgery to heading home with a new hip joint the day after surgery, Lorna says she was thoroughly impressed with the hospital’s entire care team. They made every part of the surgical process as easy and convenient as possible. From pre-registration to discharge from the hospital the next day, everyone proactively responded to her needs, and she felt safe.

“I remember Dr. Larsen, the anesthesiologist, and Dr. Wooten coming in to talk with me in the pre-surgery prep room,” recalled Lorna. “The next thing I knew, I was waking up in the recovery unit. A nurse stayed with me the entire time before I was moved to a room upstairs. It was just wonderful!”

She further noted about the continued care during recovery, “I never had to ask for help twice, and I didn’t feel like I was bothering anyone. All of the nurses and staff were attentive and helpful.”

According to Lorna, her hip replacement connection is perfect. After the surgery, she used a walker for only a few days and then a cane for a short time. She hosted company for dinner just a week later. Would Lorna recommend a robotic-assisted approach? “Totally!” she replied.

When she had a reaction to the stitches as she recovered at home, Dr. Wooten personally called a wound care specialist, who saw her the next morning. That led to two weeks of treatment at Lakeview’s Wound Care Center, where she says the care team proved equally wonderful.

“When I had foot surgery in December 2018, it was the same kind of experience.” she noted. “At Lakeview Hospital, they help you to get registered, escort you to where you need to go, and take great care of you when you get there. All in all, superior care!”

Whenever anyone she knows talks about needing surgery, Lorna tells them about her experiences at Lakeview Hospital. In her opinion, its patient care teams rank right up there with the Boston Red Sox.

Michele Grow usually looked forward to her five-mile walk, but in a short span of weeks, her body began revolting after walking less than ...

October 2, 2019
As Hadley Alvey said three weeks after delivering her beautiful daughter, Sloane, at Lakeview Hospital: "Pregnancy and babies are no joke. It...
Next Post