His & Hers Total Hip Replacements

Robert and Rebecca Jacoby exemplify teamwork. They've been married 46 years. They raised a family together, stay healthy and active together, and know how to take care of one another. So, when arthritis of the hip joint put painful thorns in their sides, they decided to schedule total hip replacement surgeries close together — and agreed to take turns nursing one another back to full activity.

The pain that pierced too far

For Rebecca, her hip joint pain crept up slowly and consistently during a five-year stretch. Sometimes a jagged pain shot through her hip, leaving her stunned and cutting short her cherished time cross country skiing, hiking and walking. To stay active and control the pain, she transitioned to swimming and received steroid injections every six months.

"Eventually even that stopped working. I realized I was hurting and sometimes not functioning at all. I'd get up to walk and couldn't move," Rebecca remembers.

For Robert, his hip pain intensified dramatically during a one-year span. He too tried steroid injections for pain management, but the pain stubbornly remained. No longer could he kneel to work in his garden or ride his favorite road bike.

"I lost functionality, I lost mobility. I got to the point where I couldn't bend over or do anything useful, and I decided it was time to do something about it," Robert said.

They spoke with four or five physicians before meeting Dr. O. Brant Nikolaus, orthopedic surgeon based at St. Mark's Hospital. That's when Robert and Rebecca felt they had found the right surgeon for them.

"After interviewing him I felt really comfortable," Robert said. "I ran an architecture firm for so long and the young new talent was always refreshing. That was the case with Dr. Nikolaus, he was young and refreshing. I told him it was a leap of faith … and I'm totally happy with my decision. Now I consider him a friend."

"When I asked him questions, he looked me straight in the eye and answered them sincerely. I like that he received training at the Mayo Clinic and provides new techniques … He's also sweet and empathetic. It was a long interview and he never acted busy," Rebeca said. "The time spent meeting with him was worthwhile and moved us forward with confidence. It's an incredible moment to meet someone and click because it's a match."

His and her surgeries

Robert underwent the total knee replacement surgery at St. Mark's Hospital first. When he returned home, Rebecca served as his nurse and support. Several weeks later the pair swapped roles, as Rebecca underwent the surgery and Robert aided her in the recovery process.

"The entire staff at St. Mark's Hospital was right on target, on time, professional and very giving," Rebecca said. "I just kept thinking to myself, 'I'm so impressed!' There's ben a transformation at St. Mark's — and not just the physical remodeling. Everybody on the St. Mark's team seemed highly trained and very caring."

"I was treated top-notch," Robert said. "The nurses were so friendly and caring, delightful actually. I was only there one day, but when I left, I wanted to give them all hugs."

After a total hip replacement, patients generally remain in the hospital for one night and then focus on increasing mobility during at-home recovery. Most people can resume normal activities within a few weeks, and then further their recovery as strength increases during the next six to 12 months.

"Robert was walking without crutches within a week after surgery and I was too," Rebecca recalled. "When I went to see Dr. Nikolaus two weeks post-surgery, I was carrying just one walking stick! I think he was pleased at how well I progressed." 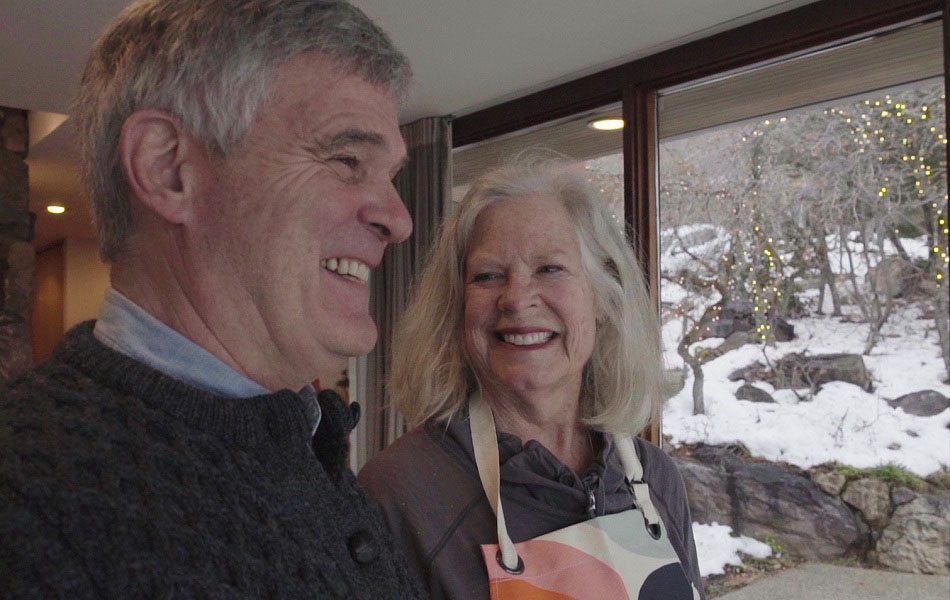 Robert's favorite post-surgery moment came after he received permission to return to his road bike, about one month after the procedure.

"I went on this ride and kept wanting to call Dr. Nikolaus during it to thank him. This was one of the first times I was able to ride pain free in a long time. It was absolutely wonderful," Robert said.