From Behind the Camera to Atop the Operating Table 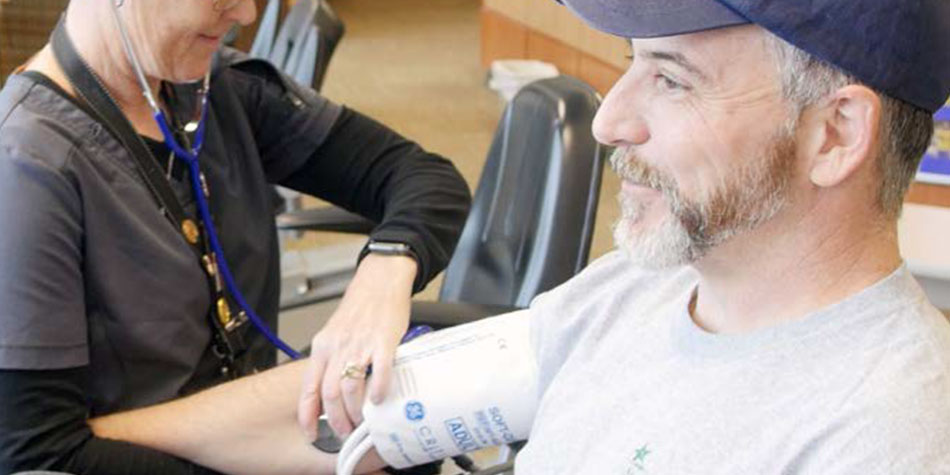 It all started with a simple question.

“Has anyone ever told you that you have a heart murmur?” a sleep technician asked Rick Page during a routine checkup on his continuous positive airway pressure (CPAP) machine.

Rick, director of photography for an NBC television series, wasn’t too concerned at the time. Still, he scheduled an appointment with his long-time family practitioner for confirmation, and soon after, he received a referral to a seasoned cardiologist at St. Mark’s Hospital.

“I remember thinking, ‘A heart issue? I’m only 42,’” Rick said. “I played hockey a few times each week. I hiked with my wife and dog. My weight was good.”

More than a murmur

During his appointment at St Mark’s, Rick discovered his murmur was caused by a mitral valve prolapse — an improper closure of the valve between the heart’s upper and lower left chambers.

For three years, he managed this condition with regular checkups and echocardiograms every six months. During one of those tests in the summer of 2017, Rick learned that his left ventricle had doubled in size since his previous echocardiogram just six months before.

“I went into immediate denial,” Rick recalled. “I’m 45 and healthy,” he told his doctor. “I have no symptoms. I’ve been hitting the gym and doing routine cardio. My strength is up, nutrition on point.”

After more consultation and consideration, his cardiologist arranged an initial meeting with Shreekanth Karwande, M.D., thoracic surgeon at St. Mark’s.

A scene from reality

In the weeks to follow, Rick spent much of his time down-playing the severity of the situation.

“I felt as though this would be routine and I’d be back at work in no time,” he explained. “I really thought this wasn’t a big deal. In hindsight, I think this was how I was coping with the fear of the unknown.”

Although he didn’t sleep well the night before, Rick arrived at St. Mark’s Hospital bright and early the day of his mitral valve repair procedure. Nurses and Dr. Karwande prepped him for surgery, and then it finally came time to enter the operating room.

“Immediately I was distracted by all the prep work done by the doctors and nurses,” Rick remembered. “Working in the film business, I’m fascinated by the behind-the-scenes of it all and can’t help but wonder about every detail – the people, the machines, this, that and the other. I’ve filmed hospital scenes before, but this was no Hollywood set…”

Fortunately, since St. Mark’s is the only hospital in Utah to achieve the highest rating for isolated mitral valve replacement and repair by the Society of Thoracic Surgeons, Rick could relax. His procedure went well, and after a few days recovering in the intensive care unit he graduated to the cardiac rehab floor.

After a five-week rehabilitation program, Rick returned to Los Angeles and went back to filming – which meant picking up a 42-pound camera again. Thankfully, his healing process and rehabilitation journey proved successful and even allowed him to view life through a new lens.

“I was able to do the work with a newfound sense of purpose and a newly fixed heart,” Rick

A day at the beach

October 2, 2019
What Lynn remembers most about Lone Peak Hospital is the medical staff. It was very apparent to him that the extraordinary team of professionals...
Previous Post

Trust me; a sober life is actually better

October 2, 2019
By his mid-forties, Michael knew he needed treatment for addiction. His family knew it too, but they did not press him to get help. They realized...
Next Post