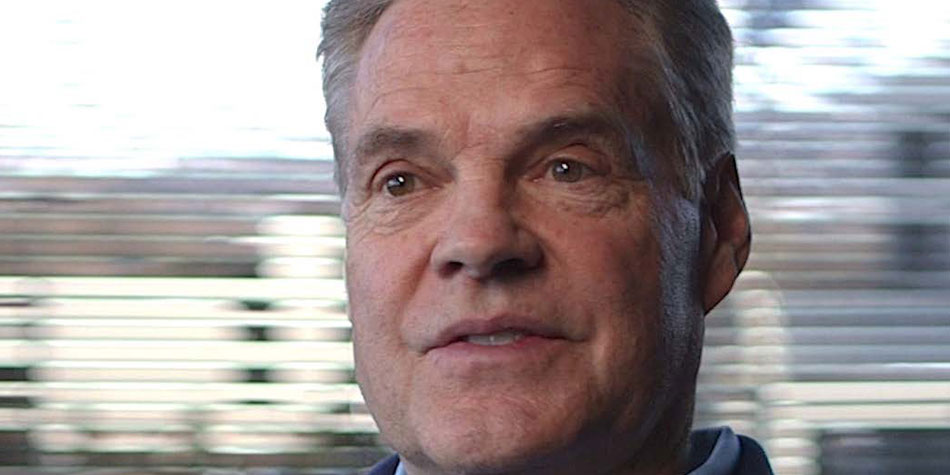 Monty Andus, 66, isn’t the type who slows down much. He’s run 15 marathons, competed in racquetball for 20 years, played basketball for more than 40 years, and he’s an avid golfer. Unexpectedly, a debilitating and excruciating pain started interfering with Monty’s passion for being physically active.

“When I turned just right, the pain would almost knock me to the ground,” Monty recalled. “It just kept getting worse as time went on.”

Dr. Huntsman soon diagnosed the cause of Monty’s pain. His vertebrae discs were collapsing in his lower spine, severely narrowing it and putting pressure on his sciatic nerve.

However, the pain became progressively worse over the course of two years. When it interfered with a vacation to Hawaii, Monty knew something had to change.

“I had a hard time walking more than 100 yards,” Monty said. “It was miserable. I couldn’t keep going on like that. That trip tipped the scales toward surgery, so I scheduled it when I got home.”

“My MRI, X-ray and CT scan images were loaded into that robot, so it used my specific anatomy when directing the angle of the screws,” Monty said. “It was personal to my body – that’s so impressive!”

After surgery in the morning, Monty walked with a physical therapist that afternoon. During his four-day stay at St. Mark’s, he worked with occupational and physical therapists. At home, he progressed from exercises while laying down, to walking short distances and then 15-minute intervals. Nine short months later, Monty was back in action.

“I’m playing pickleball (which is popular with old guys like me), and I do the elliptical, ride the bike and lift weights,” Monty said. “I work out about two hours a day, shovel snow, and golf two or three times weekly.”

Entertained and distracted by technology

October 2, 2019
“It’s like traveling to a different world! It totally took my mind off reality. It’s a great new tool for pain management.”
Previous Post

That surgery was a miracle

October 2, 2019
No doubt about it; Eldon Davis needed a total knee replacement.
Next Post