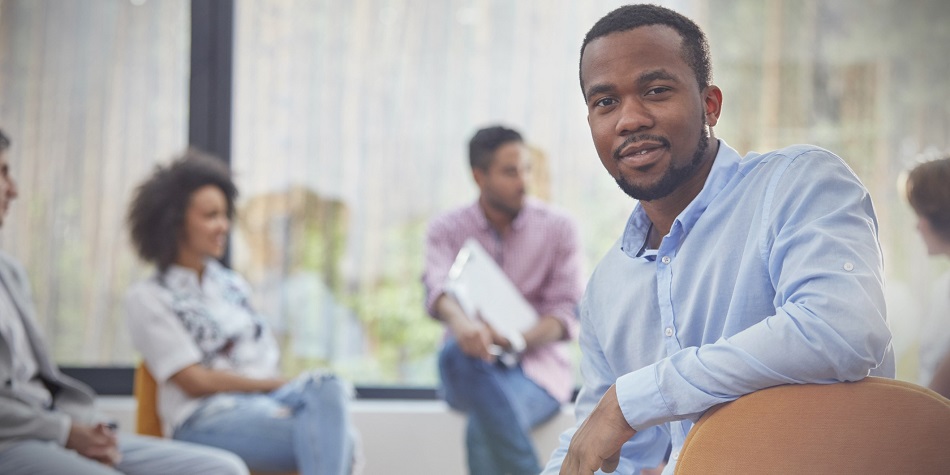 When it comes to staying on top of their health and getting regular check-ups, women win it hands down. It's no secret that guys are great at passing on doctor's appointments - whether it's for a routine physical or they develop a symptom that really needs medical attention.

"Guys like to pretend like they know more than they do, that they're men of the world," says Kevin Soden, MD. "Women are more likely to say 'I don't know' or admit they need help."

As a man, there are some things you just don't talk about with your buddies, but that can't be true between you and your doctor. No matter how embarrassing the question, when it comes to your health, you need to ask it. "It really isn't the questions asked, it's the ones that don't get asked that are the issue," says Dr. Soden.

Here are some of the questions you're too afraid to ask, but you have to anyway.

Why do I have so much trouble getting physically aroused?

Diabetes, poor blood flow because of heart disease and certain medications are just a few reasons a man may have trouble getting or maintaining an erection. And once a man worries that he won't be able to get an erection, his anxiety and embarrassment may cause him to lose interest in sex. For some men, there's no cause other than age. "As men get older, it can take a great deal of stimulation to get an erection. It's not like when you're younger," Soden says.

If you're having trouble getting excited, there are several solutions. "The first thing people reach for is medication like Viagra and Cialis," according to Soden. If you don't like the idea of drugs, you can get injections of drugs directly into the penis or use a vacuum device. "But people like the idea of drugs because it's easier," Soden adds.

Do I really need that digital rectal exam?

If you're older than 40, yes, you do. A colonoscopy is also a good idea, says Soden. These uncomfortable but vital procedures can catch prostate or colon cancer early enough to treat them. The standard recommendation is getting the tests at 50, unless your risk for prostate or colon cancer is elevated, as in the case of a family history of the diseases.

Soden also recommends that men older than 40 check their baseline prostate-specific antigen (PSA), a substance made in the prostate that tends to increase with the presence of prostate cancer. While prostate cancer screening has become controversial and many medical groups question the value of routine screening, Soden does recommend getting it done early so you know if it changes.

Once you're approaching 45, get the exams more regularly, suggests Soden. One problem is that doctors often won't often push for the digital exam. "They'll say, 'Do you want the exam?' If the patient says no, they won't do it," says Soden. "That's not fair to the patient. That's something you should do whether the patient likes it or not, because it's the easiest way to discover a nodule." If your doctor asks to do a digital exam, say yes.

Why can't I remember things?

Men get embarrassed when they can't do something as well as they used to, and that includes remembering things they used to know. "Men will sometimes ask why they forget things more often," Soden says. "That's a normal thing, even for younger people. One reason is we're so overwhelmed with all the things we have to do. Your brain gets overloaded."

It's not a problem if it happens every once in a while, says Soden, but if it starts to become a common occurrence, it might be time to get checked out. Same thing if it's something dangerous, like forgetting to turn off the stove. Otherwise, says Soden, "Write notes and reminders to yourself and use your GPS."

What can I do to stop feeling down?

Mental health still carries a certain stigma, especially for men. No man wants to be perceived as weak, which is what they're afraid will happen when they admit they're depressed. "Stress and depression are two issues that men don't want to admit they have. We're all overwhelmed with life at times," says Soden. A job loss or struggle, the death of a loved one and even your kids leaving for college can all trigger bouts of depression.

Convincing a man to see a therapist can be like, well, getting him to ask directions. But a therapist can help, and you don't need to see one forever. "When you look at who's willing to go to a psychiatrist, psychologist or counselor, women are usually willing to go but it's difficult to get the men there," says Soden. "But men in some situations may need short-term antidepressants."

The wonderful gift of “just a little more time”

September 28, 2020
Ask any parent who has ever suffered the loss of a child at birth, "What is the one thing you wished you had, to help with grieving the loss ...
Next Post