At the same conference, the Utah Organization of Nurse Leaders presented Ewell with the UONL Legacy Leadership Award for her service to Utahns as a nurse and leader at two Utah County hospitals for nearly 50 years. 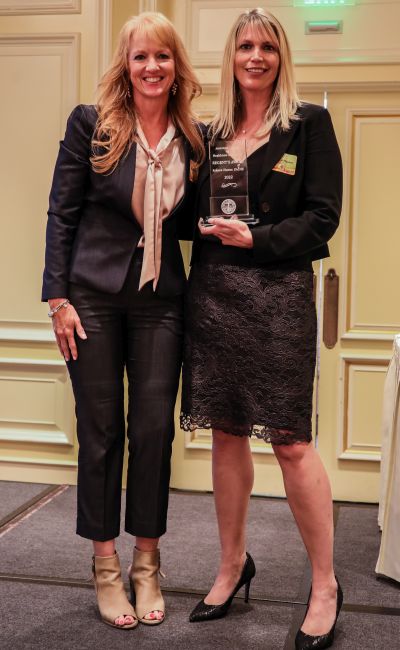 Rebecca Hunter, FACHE, is the Vice President of Planning and Service Line Support for HCA Healthcare’s Mountain Division, which supports the care delivered in Utah’s MountainStar Healthcare network as well as facilities in Alaska and Idaho.

Each year, the UHE Regent’s Awards are given to healthcare leaders who have made a positive impact on healthcare in the Beehive State. Hunter was recognized by UHA Regent Lisa Paletta for her transformational leadership while serving as UHE’s president and board chair, and for building key stakeholder relationships.

“Rebecca is a tremendous asset to the state of Utah. We are so proud to see her accomplishments celebrated not only inside our network, but as a leader who has impacted the level of care in Utah as a whole,” said Greg Angle, President of MountainStar Healthcare, who received the same award in 2020. “I’m delighted that she was able to bring to her service at UHE the same leadership, tenacity and knowledge that makes her so valuable to MountainStar Healthcare as we look for ways to bring our high-quality care to more Utahns.”

In addition to her term of leadership at UHE, Hunter also served as the board chair for the American Heart Association’s Utah chapter during the pandemic. 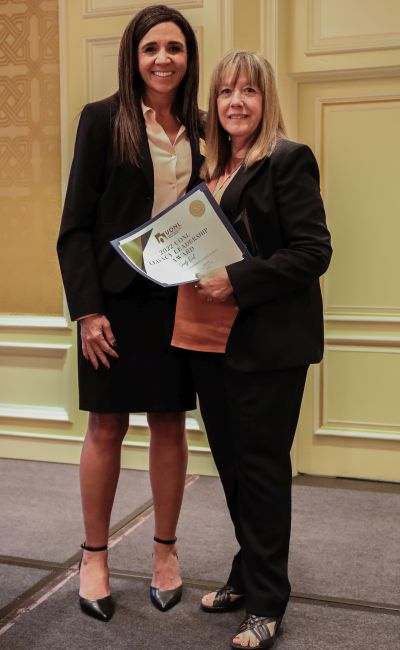 Sandy Ewell, BSN, RN, was the first and only Chief Nursing Officer (CNO) at Timpanogos Regional Hospital until her retirement in April 2022. Her nursing journey began in 1973 at Payson’s Mountain View Hospital, where she practiced as a nurse in several different hospital areas and led units while earning her Bachelor of Science in Nursing and Masters of Business Administration degrees.

When Timpanogos Regional Hospital opened in 1998, Ewell was appointed its first CNO. By the time of her retirement nearly 25 years later, the hospital had grown from a 46-bed community hospital to a 122-bed facility offering high acuity services. As a crowning achievement, she helped the hospital achieve Magnet® recognition in November 2021, a program of the American Nurses Credentialing Center that distinguishes organizations meeting rigorous standards for nursing excellence. Timpanogos Regional Hospital is the only Magnet-recognized hospital in Utah.

The UONL recognized Ewell with the Legacy Leadership Award, highlighting the impact she has had on the level of care and the nursing profession in the state of Utah.

“Sandy is such an important part of the Timpanogos Regional Hospital story,” Angle said. “She’s been there since the beginning, and it’s hard to even imagine the number of lives she touched with her commitment to our caregivers and patients both there and in her time at Mountain View Hospital. I am thankful to the UONL for celebrating that legacy and all that Sandy accomplished as a nurse, leader and friend to so many.”